Homeopathic Facts – Did You Know…?

Homeopathy is a 200+ year old proven system of medicine that works by stimulating the body’s natural defenses.  Homeopathy means “similar suffering” - a homeopathic substance that produces symptoms in a healthy person will cure those same symptoms in an ill person.  (Hippocrates)

Based on natural laws and principles, homeopathy is a highly systematic method that powerfully stimulates the body’s vital force and defense mechanisms, which leads to true healing.

Homeopathy is widely practiced in Europe, India, Pakistan, and Latin America, and is integrated into the national health-care system in many counties including Germany, India, France, Brazil, Mexico, Sri Lanka and the United Kingdom

Hundreds of double-blind placebo studies have been conducted over the past few decades, especially in Europe and India, proving homeopathic medicine to be effective medicine

The Great White Plague (deadly flu epidemic) of 1918 which claimed over a million lives, homeopathic patients had a death rate of only 1.05%, while the death rate of in other systems of medicine was over 30%.

Hahnemann, the father of homeopathy, treated soldiers during the Battle of Leipzig in 1813.  Of the 180 he was able to treat, only 2 died.

The focus of homeopathy is on the individual and the symptoms, not on diagnosis of disease; the building of health, analyzing and supporting rather than the management of disease symptoms.

"The highest ideal of therapy is to restore health rapidly, gently, permanently; to remove and destroy the whole disease in the shortest, surest, least harmful way, according to clearly comprehensible principles." - Samuel Hahnemann, Father of Homeopathy

Homeopathy, a proven system of medicine for over 200 years, is practiced widely throughout the world.  It works by stimulating the body’s natural defenses rather than suppressing symptoms. Natural remedies are used which are non-toxic and do not cause side effects. This medicine is empowering as it allows the body to self-correct. 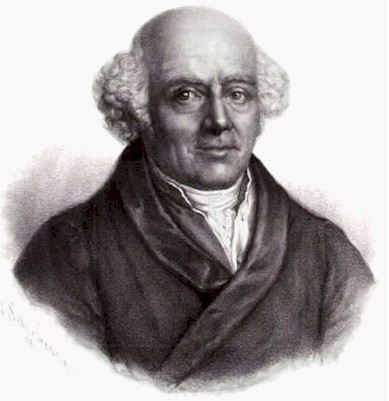 Homeopathy is built upon a complete system of laws, philosophy, theories and practice established by Dr. C.F.S. Hahnemann (1796).  His philosophy states that the body is endowed with a dynamic, self-regulating capacity, which he named the vital force. Continually seeking a state of balance or homeostasis is the prime objective of this vital force.  When the human constitution is knocked off balance due to physical, emotional, mental or spiritual stressors, the vital force attempts to re-establish homeostasis.

Discouraged by the medical practices of his day (bloodletting, leeches, mercury), Hahnemann began seeking alternatives and became an advocate of natural healing techniques. Based on the principles of Hippocrates and Paracelsus, he developed the idea that cure could be obtained by through the action of similars. To test this hypothesis, he began to experiment on himself with the medicine cinchona, which was being used for treatment of malaria.  To his surprise, this “cure” taken by a healthy person induced the very same symptoms manifested by the person suffering from malaria. Hahnemann then developed one of the keystones of Homeopathy, similima similibus curentur, Latin for “let likes cure likes”. Simply stated: a substance that produces symptoms in a healthy person can cure a sick person with those same symptoms. A homeopath studies the picture produced by the substance ingested by a healthy person (called a proving), and strives to match this picture to the disease manifestations in an unhealthy person.

The principles of Homeopathy were published in Hahnemann’s magum opus, The Organon of the Medical Art, 1810.

“Every human being is the author of his own health or disease.”    ~ Buddha